It was really comfortable to know that I could wear whatever color I want without making the bride mad. Almost everybody was dressed in typical Indian clothes and really colorful. The saloon had nice illumination and we had the opportunity to be painted with Henna.

Here the trip from the beginning

The first night of sleep in another time zone is always difficult, as it was for me when I was in India. Even though I went to bed early, around 8 p.m. on Friday, I struggled to wake up the next day and have breakfast before 10 a.m.
When I got to the breakfast area, there was already some “action”. I saw the bride <3, got to know some guests and a new lesson:
Don’t ever drink the filtered water from the hotel, take the industrial bottle.

Later on my trip, I sometimes forgot to brush my teeth ( as recommended ) with industrial water and nothing bad happened. But to drink the filtered water I never tried. Maybe If I had been long there, my body would get used to it as well.

The breakfast buffet was a combination of Indian and non-Indian dishes. In India, as commonly in Asian countries, they have warm food for breakfast. At that point, I was still not hungry because of jet lag. Somehow my last meal was at Viveks place (24hrs ago). Anyways I took something new, to at least try whatever I could.
After having breakfast, I got myself done for the first wedding ceremony. I was kind of nervous about what to wear and at the end decided to wear the saree my friend (the bride) lend/gave me when I visited her in August (thanks a lot for it). The blouse and the underskirt I got lend from my Bangladeshi friend, who kindly stitch hers, to make it fit me perfect(thanks to you as well). She also lent me the nice bracelets I used in Almost all functions <3 super kind of her. It was really comforting to know that I could wear whatever color I want without making the bride mad.
My experience at German weddings was that the bridge does not like it when guests wear some specific clothes. I already got complaints twice because they said I was looking too over or the color red means I want the groom. I do not like that, let people be free. As in India, it was not like that and everybody could just be itself, I enjoyed the wedding even more.

That’s me with the saree for the afternoon ceremony.

Gladly, even with some jet lag, I manage to wear the saree by my own 😀 and at exactly 12 noon, went to the first ceremony 😀 yay
Of course, only the German guests were there on time and what surprised me: a LOT of photographers. At that moment I felt: You are definitely in India and I also understood some people’s definition of India: the country is a more exaggerated Brazil. If in Brazil people do something: in India, they do 10 times more, like: photos, colors, spices, speaking loud, exaggerating and so on. I can imagine that for non-Brazilians the difference is much higher and harder to understand/adapt.

Wedding ceremony – The first function Aiburo Bhat ( to celebrate the last unmarried meal with friends and family)
The first ceremony has the purpose to celebrate the last time the bridge and the groom are “single”. They receive a nice thali (plate with small portions of different dishes) and the food was given in their mouth from the family, symbolizing that soon they will be on their own and not family dependent anymore.
It was also a lunch with the family and the couple. There were so many different options to try but I was still not able to eat a lot. Besides the food I was observing all that decoration with the orange flowers, I had seen in movies (like ‘Monsoon Wedding’ from 2001). The color made the ambient so welcoming 😀 and also fits my orange details hehehe.
The ceremony was not so long but enough to get to know the family, try some food and talk with the other guests.

A street shopping experience in Kolkata
Even though I still had some jet lag, I went shopping with friends of the bride, since some of them were Indians and it’s nicer to discover the area with native speakers. One of the girls purchase a crop top to compliment her saree and, knowing the price makes me feel pretty good because I paid almost the same the day before on my own <3. While we were walking I got amazed about the prices and quality I found and I bought really nice sandals for 250 rupees (3 euro), and another guy got a yellow kurta pajama since we were reading that the next day would be the yellow dressing ceremony, that its related to turmeric(kurkuma). It was a simple one as well, made of cotton be he would also probably only use it once, so it was perfect and about 10 Euros. We shopped great I believe. Some girls also purchased some nice bracelets. There are so many options for that in India, that I could not find something for me at that moment and fortunately, I had the ones lent from my Bangladeshi friend with me.

Time passed so fast and the next wedding ceremony was supposed to start. We squeezed into the rush hour in a uber/taxi and took almost 1 hour to get to the hotel.

Here some impressions of the street.

Wedding ceremony – The second function Mehndi (high tea, live henna art, music and dance followed with dinner)
After working hard the whole year I could finally dress in something of Indian style. I was wearing a blouse that covered my chest and a skirt covering my knees BUT belly was ok to show. So I did 😀 I believe I never wore something like this before but felt pretty good since it was the first time in years I felt comfortable showing that area 😀 Being invited to the wedding helped me to lose a lot of weight. I wanted to lose some for a while but because of the ceremony I managed to lose 8-9 kilos from May till November 😀 yay

The blouse I bought the day before and the skirt bought in September in Mallorca(Spain) on sale in an “Indian” shop ahhaha.

The outfit is called lehenga. It could be the perfect picture but my camera and someone’s coat was behind and damage the colors of it 🙁

The event was for me the most fun and colorful. Almost everybody was dressed in typical Indian clothes and really colorful. The saloon had nice illumination and we had the opportunity to be painted with Henna.

henna or mehndi is a temporary tattoo, or decorative body art

During the mehndi painting, the couple was sitting in here

Look how nice the patterns in the groom’s hand are.

While the couple and guests were being painted, they started serving some finger food. I was finally hungry and ate a lot. SURPRISE, it was actually only starters HAHAHHAH. So afterward there was a proper dinner.

The evening was super nice and fun, guests were interacting with each other and after eating music started. a mix of known songs from all over the world and some Bollywood ones. I went with the Indian guests and start to copy their moves. It was funny. I haven’t experienced such nice dancing during a wedding for a long time. Almost all guests where dancing( no Germans of course :/, to shy or too early, no alcohol were the excuses I heard. (sorry I still love to live in this country.)).

Afterward, the couple sent the non-Indian guests to a separated area where there were a DJ and some cocktails. Also, some young Indian guests joined us. And then after some beers, Germans started to dance 😀 hehehe. Later on I learned that in India you are not supposed to drink alcohol in front of your parents, it’s not polite and that this event is becoming usual in India. So it was not only because we were there. Inside they also played some Bollywood songs, so I had a chance to continue practicing with the other Indians that were around 😀 And the worldwide know songs also helped the other guests to feel more comfortable. Finally, the bride could join us and we could have some time with her. I really appreciate it. I can imagine how tired she was and how many things she still had to do. I think she said she would have to wake up around 3 a.m. or something like that to make some rituals with her family since the day after would be her proper wedding day.

If you have further questions, please don’t hesitate to ask me in the comment section or here in a private message.

Here the previous posts about India:

Heading to India I wrote when I was about to fly

2 weeks of India, months of preparation, lifetime experience an overview from my trip

Kolkata, almost Bangladesh about my first day in India – in the city of Kolkata 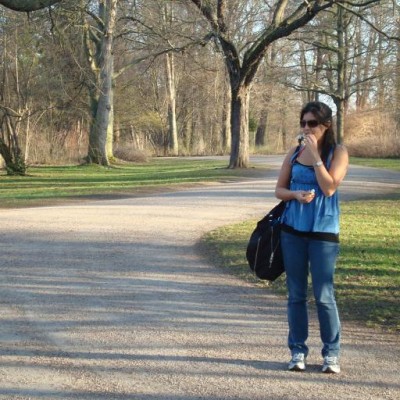