Once, I went to the supermarket and brought only a few bucks because I wanted to buy a few things to prepare a salad. As usual, the bill did not come out very expensive, but it wasn’t enough.  It was missing 2 cents. Yes, I had 2 cents less.

Before paying, I told the cashier: – I have 2 cents less. (OHHH) All people that were in line looked to me with that astonished face. I guess they thought (This girl didn’t plan and brought less money. Now will take longer to be my turn) Ok, maybe I exaggerated, but the supermarket cashiers there (in Germany) are veeeeery fast. Normally, who pays, has the money already prepared to pay. It may seem xenophobia, but I realized that those who took time to pay, were generally foreigners.

The cashier wasn’t happy with what I said but quickly solved the problem. She just removed a TOMATO FROM MY PURCHASE and even gave me a few cents change.  Does not seems simple?

First, I was a bit shocked, didn’t know if I wanted to repudiate this act or applaud. On my way home I thought about what had happened.

I’ve always been bothered by the lack of change coins in Brazil. The stores use to return nothing – if they don’t have until 3 or 4 cents, they return some candies. Ok, sometimes it is possible to receive a discount of up to 4 cents. But I always wondered, how stays the balance at this place in the end of the month? Missing some cents every day makes rather a difference. I use to always keep the coins of 10 and 5 cents and see after some time, how much I got.

Tell me please, when was the last time, or if it ever happened, someone pay you with a 1 cent coin? ( I say, to brazilians) If this is out of circulation, prices should not count on it. ( but if you are from another country, just tell me how it is)

When I was in Germany, I also gathered the coins I received, especially 1 and 2 cents. YES,  THEY HAVE 2 CENTS COINS, BECAUSE THEY NEED AND USE THEM  🙂

But back to the tomatoes, hehehe. After that day, I started to wonder even more about German precision. To me, those small acts, help to build a fairer basis. For me,  2 cents, makes a huge difference. The tomato episode happened at the beginning of my exchange, I think in May or June 2012. (my first exchange in Germany was in 2012). Do you remember that I was gathering coins? Well, late in January 2013, a few days before returning to Brazil, I looked at my coins, actually, MANY, and thought. – Now, what am I going to do with them? Am I going to spend hours at the banking to count them? Am I going to buy something and spend hours counting the coins at the store and make the seller angry?

As always, I went to German friends and asked. At that moment … I learned one more thing that fascinated me. When I asked, just sounded for them a bit stupid, and I received an answer that seemed so obvious to them: – Why don’t you deposit all these coins in the bank machine. STOOOOP EVERYBODY!!!  WHICH MACHINE?

Münzeinzahlautomat literally means: automatically coins deposit. It is a machine that can receive different values ​​of coins at once and count. After that, a receipt shows how much of each value coins were deposited. With this voucher, you just go to the cashier and the bank deposit the amount in your account. Simple isn’t it? With this machine, you do not need to count hundreds of coins. This machine, can in seconds count everything accurately. Quickly and accurately … German way 🙂

Maybe, if we had such a machine, the coins would circulate in our country and we would receive the correct change back.

For anyone who is interested in the machine, I found some pictures and videos. I also found a photo of a voucher. You can see exactly how it is, with the amounts of each currency.

If you got any questions and/or have any suggestions, email me! And if you want to know something about Germany too. 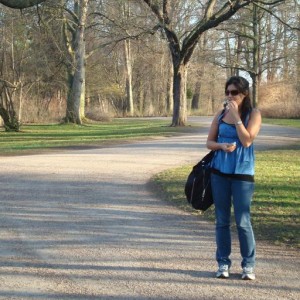